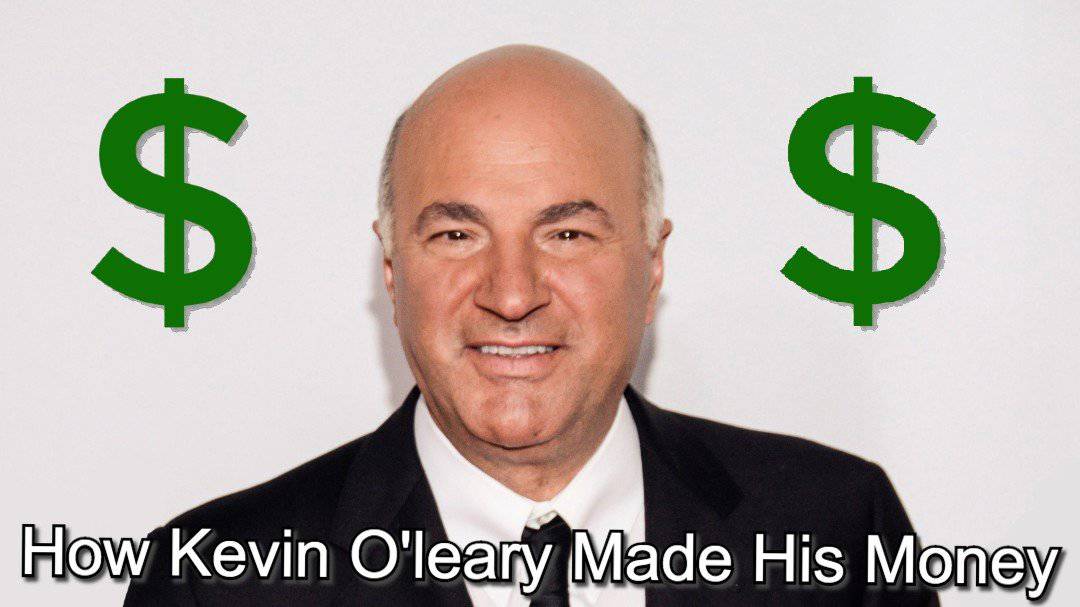 Kevin O'Leary, crowned as Shark Tank's Mr. Wonderful, is a well known Canadian businessman. On the TV show, he has a bit of a habit of telling the truth, no matter how harsh it is. Even though he can come across as cruel, you can see that he's giving advice that he deems beneficial to those looking to make their millions. Everyone has to start somewhere, including him. The secret of how Kevin O'Leary made all his money really isn't a secret at all. He just put in a lot of hard work, time, and effort, and now he's reaping the rewards. Our guide to the story of how Kevin O'Leary went from being an everyday man to Mr.Wonderful is carefully outlined for you next.

Kevin O'Leary made his first fortune in his thirties by selling the hugely successful SoftKey which was his first business. Using the knowledge he'd developed marketing cat food, he placed the company's products in as many locations as possible, leading to the success it saw in such a short period of time. He then moved on to acquire, build up, and sell more businesses. Now he lives off the success of his television career.

The first step in how Kevin O'Leary made all his money was with his first company, SoftKey. He saw the potential to make a lot of money in the growing business of software and computers. He started the company in 1983. SoftKey purchases programs from developers and sells them under their own Key brand.

O'Leary says that this company's success all comes down to the experience he gained from marketing cat food. Whilst most companies in the industry were placing products with technology retailers, O'Leary looked to place SoftKey's products everywhere he could. The result was that more people who needed the software saw these products and purchased more copies of SoftKey than any other company's.

The company kept on growing, taking on more products, and selling them under the Key brand. However, O'Leary wasn't done branching out.

Kevin O'Leary made a move to acquire The Learning Company soon after Softkey became a success. The company specialized in creating learning software for children. At the time, this may not have been seen as a good business decision. However, by today's standards, eLearning is a colossal business sector, and O'Leary clearly saw a future that most other people didn't.

The Learning Company was re-branded as TLC, and also only went from strength to strength. However, he also clearly saw something bad coming. He sold TLC to Mattel for $3 billion in 1993 and swiftly left the company before it crashed, costing Mattel a lot more money as a result.

Regardless of how good a company TLC was, it's the fact that Kevin O'Leary got out in time that shows his prowess as a businessman. He saw an opportunity to make money and took it.

O'Leary then moved on to invest in a self-storage company called Storage Now. His initial investment was $500,000, but he walked away from the company with $10 million by the end. Unfortunately, here we see another example of the business going wrong towards the end, yet O'Leary manages to get out in time before he's the one that suffers.

Never one to rest on his laurels for long, O'Leary quickly moved on to start an investment company called O'Leary Funds. This was an investment holdings company, of which O'Leary was the wow factor in wooing investors in. While the company's business practices have been questionable, O'Leary has managed to distance himself since he's not the one handling the investments.

As a well-known successful businessman, this was an opportunity to make money and have people who know what they're doing behind the scenes actually doing the work. This isn't uncommon in business, but it's almost certainly a result of his newfound fame from Shark Tank.

Kevin O'Leary started with Dragon's Den in Canada, though the show was quickly transformed into Shark Tank. As I mentioned at the start of this article, he's best known as Mr. Wonderful from the show. This is where he gained his fame and even got a deal for his own show that he co-hosted, The Lang and O'Leary Exchange. This seemed to be the end of O'Leary's business career in a way.

For others though, it only pushed their businesses forward. The show created something that has become known as ‘The Shark Tank Effect‘. This effect sees almost any business that appears on Shark Tank gain a boost to performance. Most reports at least 10-20 times more revenue, regardless of whether they had a positive or negative response on the show.

Between leaving Shark Tank for various other smaller projects and running to be the Conservative Party Leader in 2017, he's written books and even hosted his own reality show. He might not be in the limelight as much as he was. But he's still very much a respected businessman who many look up to. These days though, he uses the celebrity status he's developed to help him get his own projects off of the ground. Earning much more money from them than he could with business ventures. This is the final step in how Kevin O'Leary made all his money to date.

That is how Kevin O'Leary made all his money. It might not be the inspiring story of success that you wanted from him, but it's raw and real. The truth is, he clearly knows when to get into an industry or project and when to get out. That is the key takeaway that I think everyone should have from his career so far. If you're too stubborn to quit, even though the project probably won't succeed, you're not going to be as successful as him.

However, Kevin O'Leary is very much a niche case. His career seems to have been saved through his involvement in Shark Tank, which kickstarted a budding celebrity career. This isn't something that anyone can count on happening. Instead, putting in the hard work that O'Leary did initially with SoftKey is the most sensible way to follow in his footsteps.