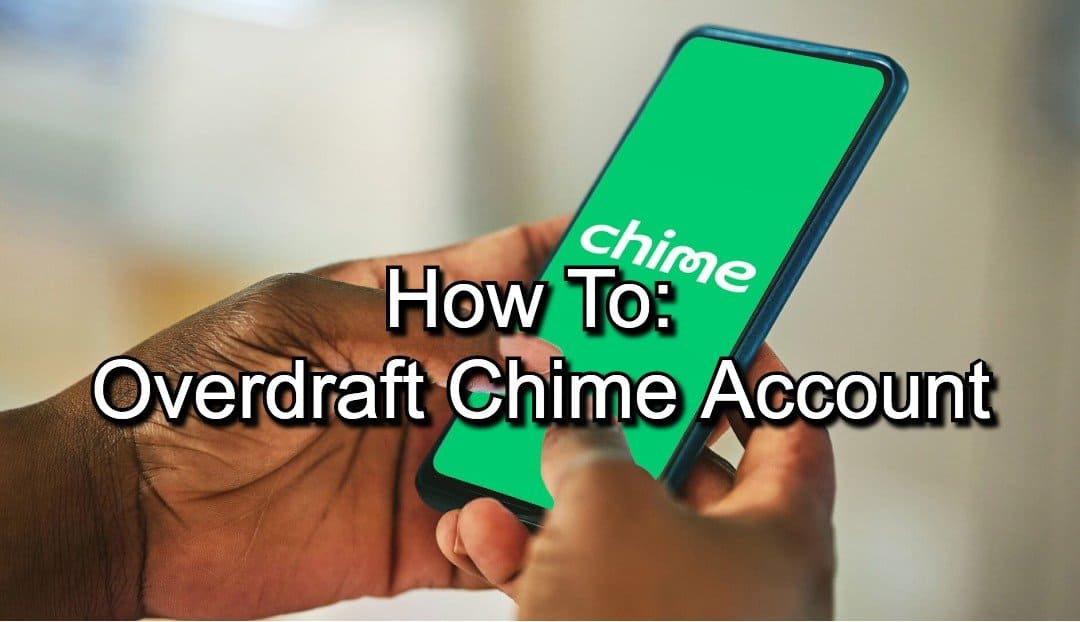 Almost everybody needs to make use of an overdraft at some point in their lives. It might be when you're young, and your wage doesn't quite stretch for the whole month yet. It could also be when unexpected circumstances throw you a curveball, leaving you without a job. Or at the very least, on a reduced wage packet each month. Chime, like any bank, has an overdraft functionality, but it's not quite as simple to set up as it is with traditional banks. Below, we've outlined exactly what you need to know about how to overdraft on a Chime account.

When you run out of money in your Chime account, you can make use of their overdraft service called Chime SpotMe. You need to sign up to activate Chime SpotMe in the Chime bank app – Any user who received a payroll of at least $500 per month will be able to use this service to keep spending on their Chime card even when their balance is below $0. The overdraft limit varies depending on each individual's circumstances but is usually between $20 and $100.

What is Chime SpotMe?

Chime SpotMe is an opt-in service that Chime provides to all users. All eligible users can sign up as long as they meet the standards set by Chime. One of these is that your account must have at least $500 being paid into it every month. If you're not sure how to do that, check out our guide on adding money to your Chime account here. If you're accepted, Chime SpotMe allows you to spend up to $100 on your Chime debit card, even if your balance is $0. Chime won't even charge you a fee on that $100.

You can sign up for SpotMe within the Chime banking app. Once you're accepted, your limit will start at just $20. You can increase this over time by having a good cash flow in your account and paying off your overdraft each month. As long as you don't break the agreement's terms, Chime will be happy to continue allowing you to use this overdraft service.

There are a couple of caveats with Chime SpotMe though. First, Chime will only let you use this overdraft on Chime debit card purchases. If you're trying to buy anything in any other way than with your Chime debit card, you can't access your overdraft. Instead, you may need to dip into an overdraft on a linked bank account within your Chime app.

The second drawback of Chime's SpotMe is that you can't withdraw any money within this overdraft. Chime doesn't allow that. If you need $100 in cash from an overdraft, you're much better off getting it from another bank. This is probably because Chime charges users for every ATM withdrawal. They don't want to get caught going into negative revenue over their own fees.

There's one last thing you need to know about how to overdraft Chime bank accounts. The Pay it Forward scheme. If you need to dip into your Chime SpotMe overdraft, you'll pay it off automatically when you next add cash into your account. Chime ensures that this happens, and there's no way to add money to your account and avoid paying back the overdraft first.

When you pay back the overdraft, whether it's $10 or $100, the app will give you an option to Pay it Forward. This is a scheme the bank runs to help users when they're most financially vulnerable. You can pay however much you want to this scheme, and it will be used to help users who can't afford to pay off their overdraft. Think of it as buying someone a cup of coffee at Starbucks when you get one for yourself.

Chime has done their research when it comes to the type of overdraft they offer through SpotMe. $100 is just enough to cover pesky essential purchases right when your wage runs out at the end of the month. It will get you through, but it's not large enough to cause someone to get into real debt.

Banks are different. Over time, a user can be entitled to thousands of dollar's worth of overdraft access. The trouble is, there will be an extortionate fee for using that overdraft, planned or not. Chime estimates that for the equivalent of their SpotMe overdraft, which has no fees, users would pay up to $34 for the same service with any other major bank.

We hope our guide has helped you learn how to use your Chime overdraft options in the best possible way. The important thing to remember is that SpotMe is there when you desperately need it. The service isn't going to see you rack up debt left, right, and center, but it will help you get those essentials you might need to get through the last week of the month.