What is a moving average?

A Moving Average (MA) is a trend-following forex trading indicator, widely used in technical analysis to determine the current trend of the market. The biggest reason behind its popularity is its simplicity of use. The method of its signal demonstration is so easy that traders with any level of experience can read it. Currently, there are numerous trading indicators, systems, and Expert Advisors (EAs) which are built based on moving averages.

How to set up a moving average on the TradingView chart? 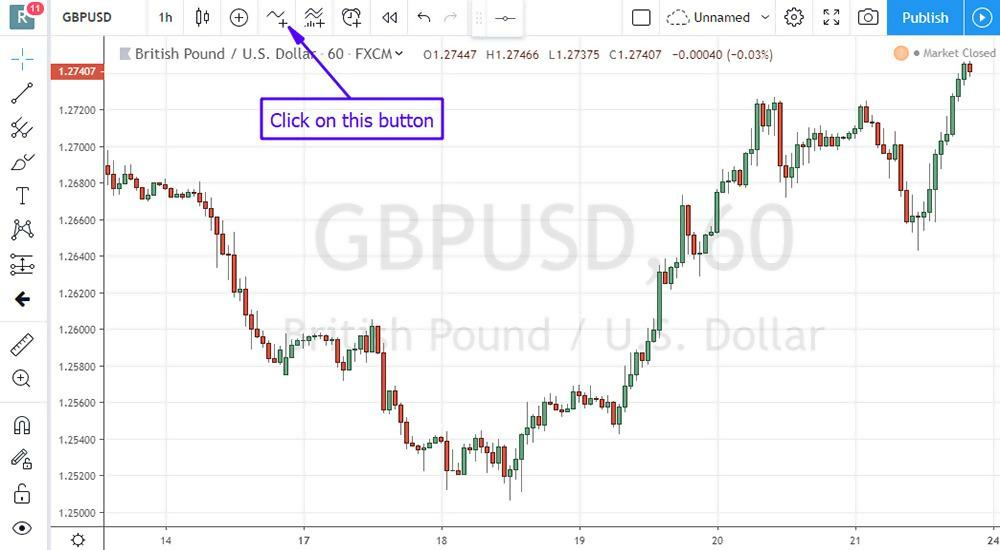 A Moving Average (MA) can be interpreted in multiple ways: 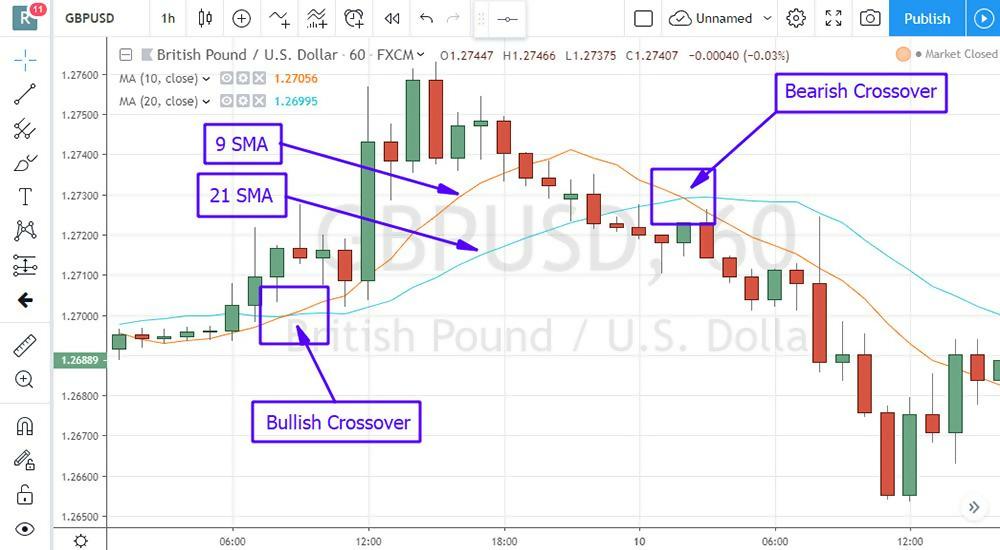 It is often observed that Moving Average lines work as dynamic support and resistance in collaboration with price actions. Therefore, its level indicates the stop-level for the current market trend and can also be treated as trailing stops for any open trade position. Experts advise using the MA levels as dynamic support or resistance only in a trendy market. 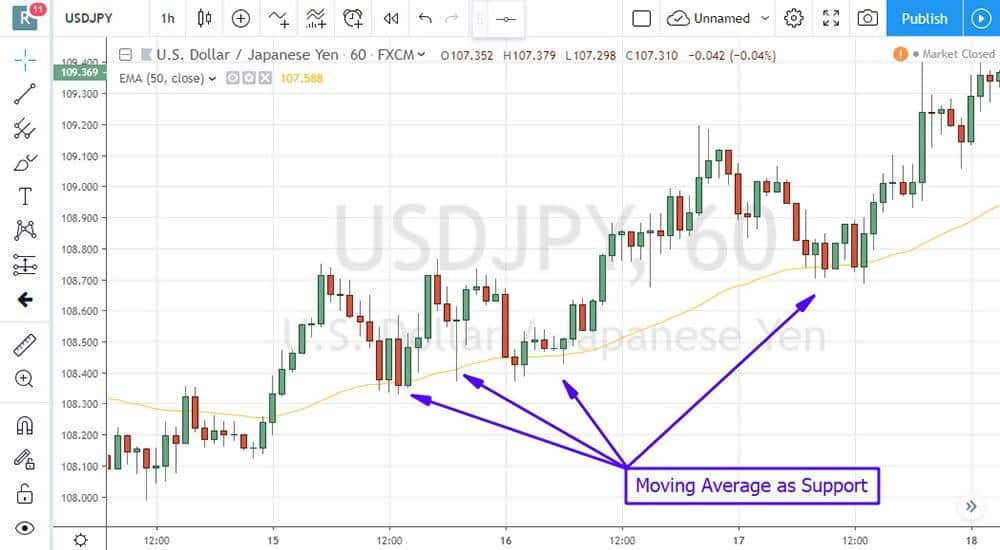 This is an hourly USD/JPY (US Dollar vs Japanese Yen) chart. We’ve applied a 50-day Exponential Moving Average (EMA) here as a trend indicator. Initially, the price went above the EMA level giving the bullish trend of USD/JPY. After the confirmation of the bullish trend, price returned to the EMA level several times but used it as a support level bounced back to rejoin the bullish rally.

The Difference Between SMA and EMA

Simple Moving Average (SMA) and Exponential Moving Average (EMA) are the most popular formats of moving averages among the technical traders. Both are used commonly for identifying market trends and are also interpreted in the same way. However, there are significant differences between these two in terms of the calculation methods.

SMA equally averages the price data over the selected period of time. On the other hand, EMA weights more on the recent price data. Thus, it reacts more to the latest changes in price action than the SMA does. This is why SMA lags more than EMA. However, a simple moving average represents a true average of prices for the selected period of time and provides better confirmation of market trends. 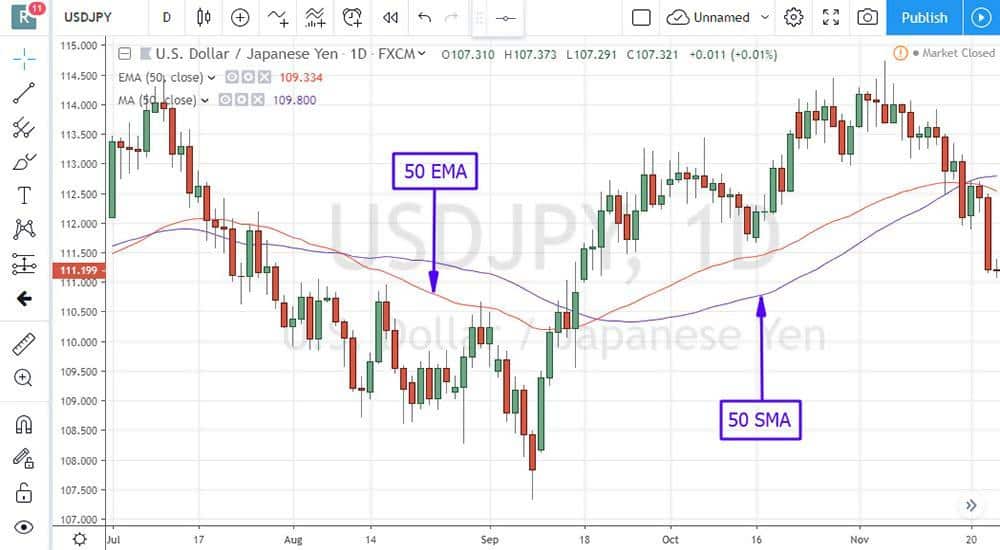 Price getting closer to the MA means it’s time to look for trend signals. For buy setup, first, you need to be confirmed about the status of the current market trend. In such a case, the price must hold its position above the MA level. Price using the MA level as support and moving up represents a greater confirmation of the bullish trend. 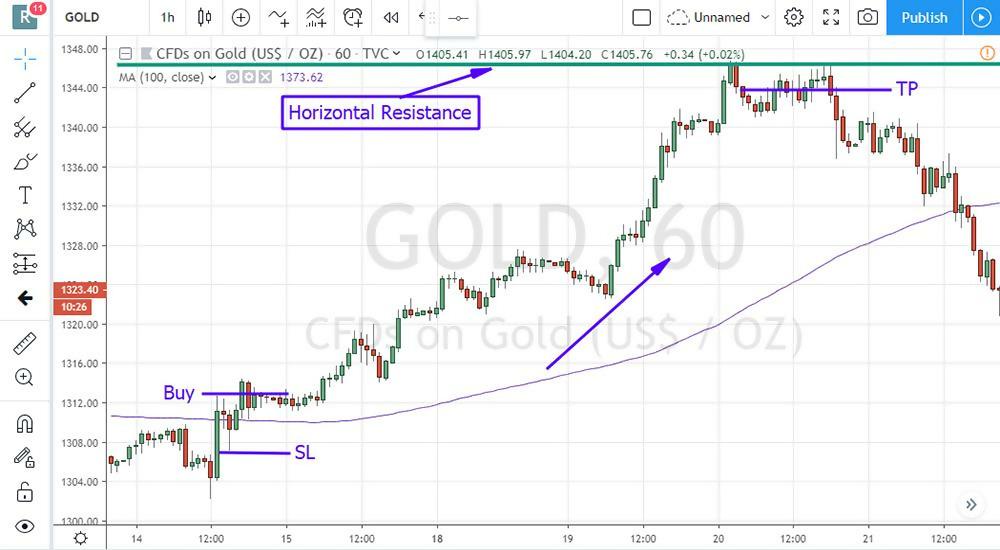 The image above represents an hourly chart of Gold against USD with a 100-day simple moving average, showing how to spot buy opportunities to use a single moving average. Initially, price broke above the 100-MA and managed to plot a couple of bullish price candles right above the MA level. According to the moving average rules, it is a bullish trend signal for Gold and a buy can be triggered at the break of the respective bullish bar’s high above the MA line. The stop loss should be set below the MA level. You may decide to take profit once price hits the potential resistance levels. 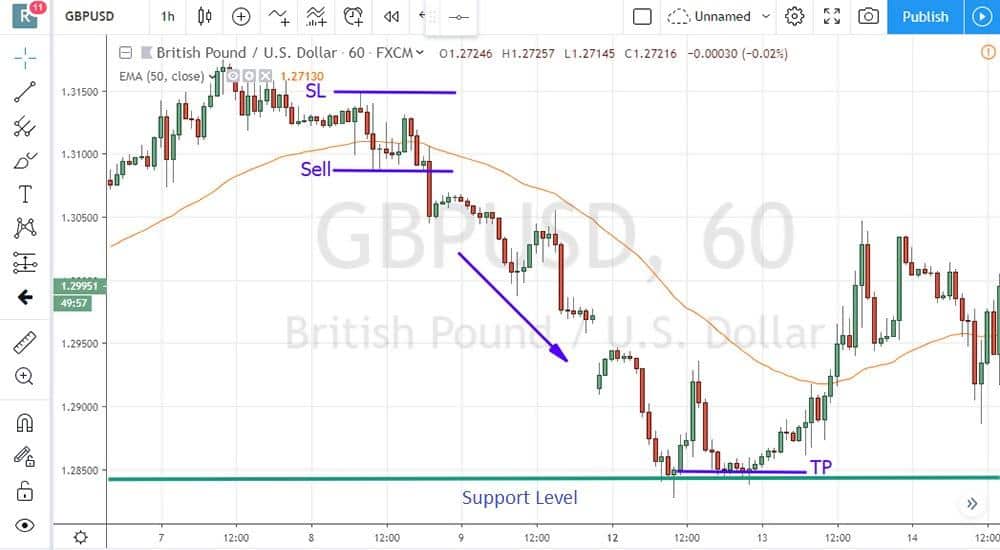 This is an hourly GBP/USD chart with a 50-day Exponential Moving Average (EMA). For sell setups, there should be at least one bearish candle closed below the EMA line that confirms the bearish trend of the market. You may trigger a sell at the break of the respective bearish candle’s low with stop loss limit above the EMA level. For profit taking or exiting the sell entry, wait until the price hits the nearest support level. 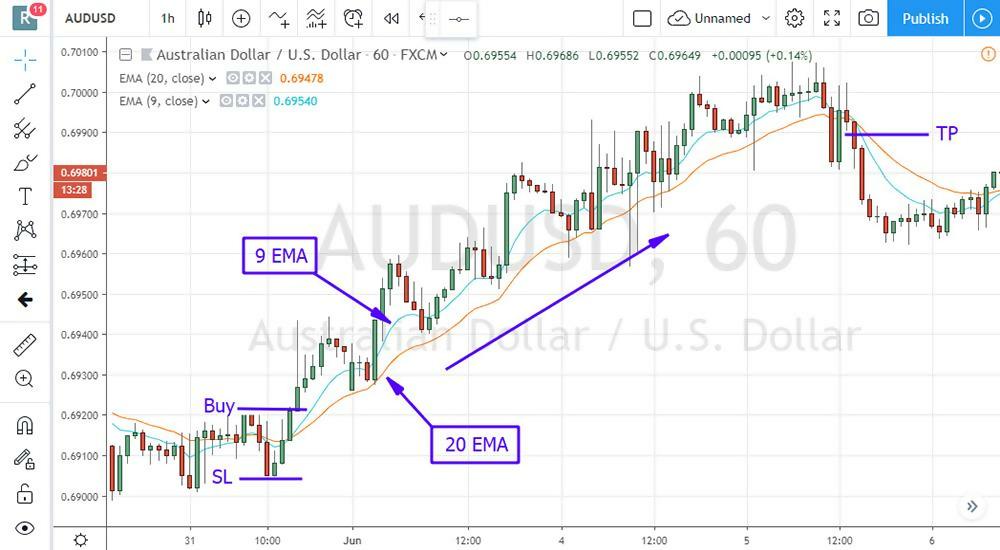 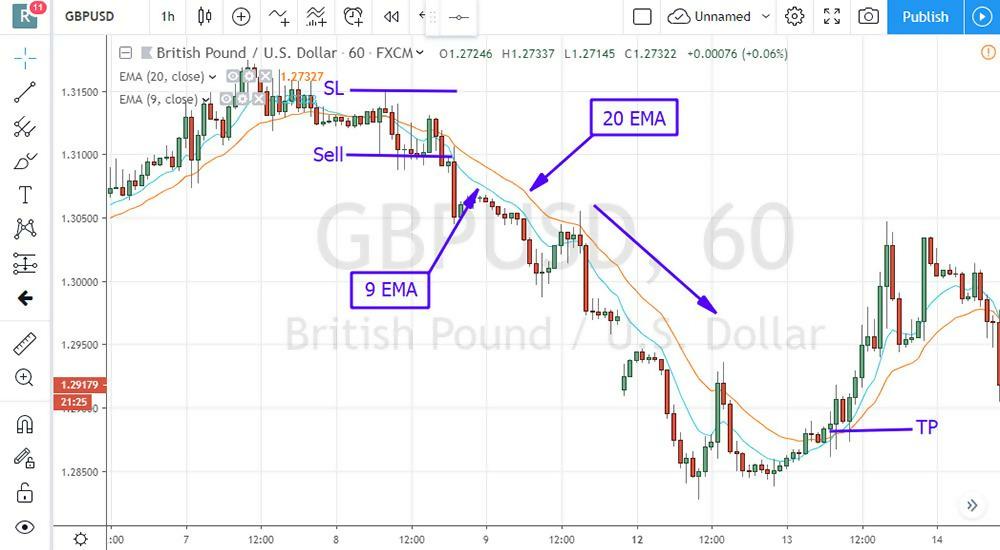 Moving average keeps traders in line with the direction of the market trends. It can be applied to trade all kinds of financial instruments including, currency pairs, CFDs, stocks. Moreover, it suits well with all sorts of timeframe charts and can be customized easily according to trading styles. From scalpers to long-term traders, anybody can be benefited from using moving averages as reliable trend definers.